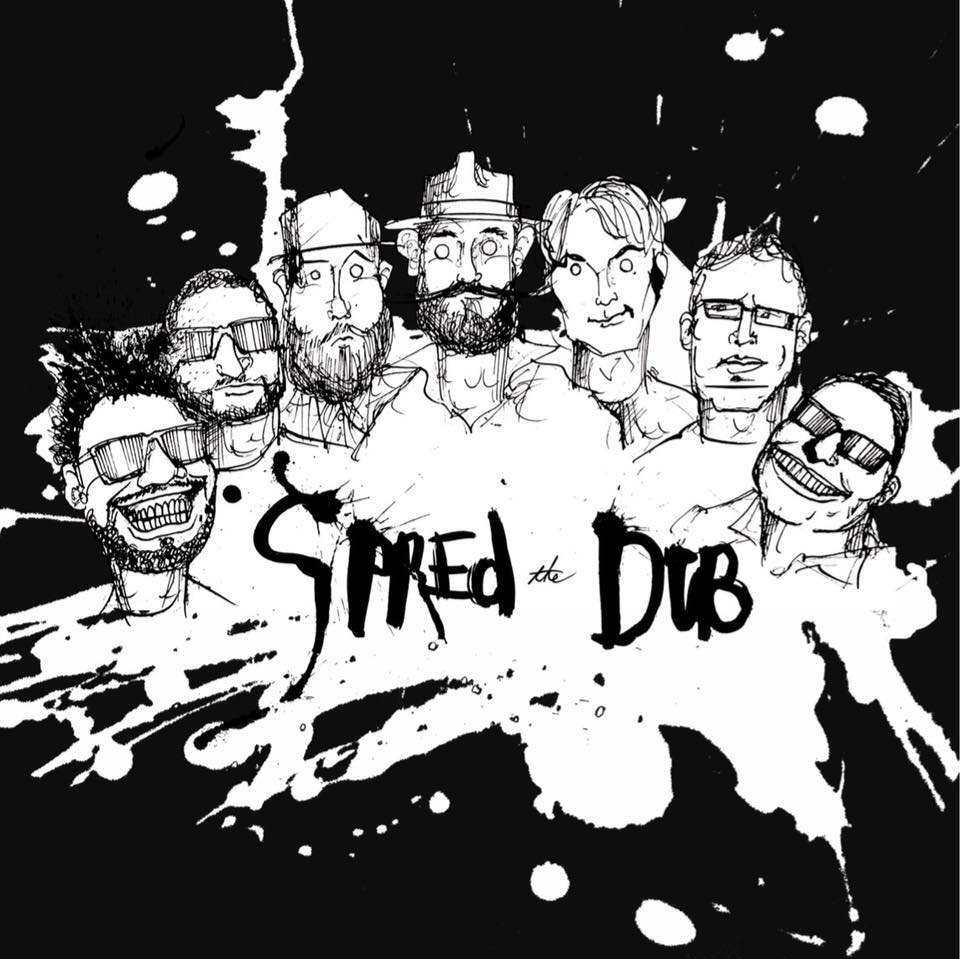 For years now, the Spred the Dub motto and war cry has been, “Good Time Reggae.”
But what the hell does that mean?
It means that whenever this seven-piece gets together, like a rock and roll baby Jesus, a party has just been immaculately conceived. It means that the word “boring” isn’t allowed entrance into their vocabulary. It means that the drunker they get, the better you dance.

Mick Swigert, more affectionately known as Mick Rude, leads this band of merrymakers on vocals and rhythm guitar. On bass and backing vocals is Kevin “K Jo” Johnson, alongside drummer Ryan Cross, forming a mighty rhythm section. Markis Hernandez on sax and Sam Szpendyk on trombone (and more backing vocals) often steal the show from their brass section. Newcomer Elijah Taj Gee is a maestro on keyboards and is quickly learning his way around the band’s empty beer bottles. And last but not least is Hunter Hutchings on lead guitar, who doesn’t say much on stage, but shreds and sure is pretty to look at.

And there’s also Rudeboy. He’s a dog; Mick’s to be exact. He doesn’t play instruments because, you know, he’s a dog.

Formed in 2007, Spred the Dub are going on ten solid years of performing all over Florida as they are easily one of the hardest working local outfits in the state (the country? The world?) For their efforts they’ve often been lauded by both fans and critics. In 2016 they were awarded “Best Reggae Band” by Broward-Palm Beach New Times and in 2017 they followed that up with a win in the “Best Band” category from Miami New Times.

They’ve opened for the likes of The Dirty Heads and NOFX. They’ve performed at benefits for both animals and humans. They survived their first international tour in the UK, wowing the Brits with their sunny sounds and drinking abilities. Hell, they’ve not only survived, but thrived in a waning South Florida music scene.

Between thousands of shows (maybe millions), covering “Wicked Games” a few hundred times, and at least a trillion bottles of Jameson, the numbers don’t lie – Spred the Dub know what it takes to have a good time.

This winter, Spred the Dub will release their long-awaited third album, a follow-up to their sophomore effort, the artistic powerhouse that was Coming Home Drunk. It will be will be another dose of warm, infectious ska-fueled shenanigans and plenty of that “Good Time Reggae” we all know and love.

The AllWays Lounge & Cabaret
Sunday Swing livestream is rolling with Sunny Side Jazz Band --tip the band and support the bar!

***Don't forget that starting this week, you can enter to win a free voucher to you the Jazz Museum if you submit a short video clip of yourself dancing to the band. (Post by Monday at 9pm on the Sunday Swing *Livestream* with Sunny Side event page with the hashtag #swingatthemint).

Sunday Swing at the Allways Lounge
View on Facebook

Please join us as we try to keep our weekly tradition alive as well as supporting local musicians and the Allways Lounge.

Live music this week is hosted by the Jazz Band Ballers.

Just like at the Allways, please support the band and the bar, so we can keep on keeping on until we can be back together in real time!

We hope everyone is safe and happy! We can't wait until we can all be together again. ❤

The AllWays Lounge & Cabaret
Sunday Swing Livestream with the Swamp Donkeys!
As you are able, please tip the band and support the bar during these times.

Sunday Swing at the Allways Lounge
Join us for our weekly Sunday Swing Live stream as we keep the weekly tradition alive as well as support our musicians and the Allways Lounge. Live music this week is hosted by the New Orleans Swamp Donkeys Traditional Jass Band. Just like at the Allways, please support the band and the bar, so we can keep on keeping on until we can be back together in real time. VENMO TIPS: Band: James-Williams-1225 Allways: @Allways-Lounge We hope everyone is safe and happy! We can't wait until we can all be together again!
View on Facebook