WILFREDO AND THE GREAT DUBINI

Fasten your seat belts! Direct from New York City, Wilfredo’s Wild Ride is the outrageous variety show starring one the Big Apple’s best known downtown acts: the
grotesque, deluded and hilarious WILFREDO. He’s the lover with the tight pants, big teeth and the singing voice to die for. A powerhouse character comedy phenomenon, he has toured the world, from the comedy festivals of Edinburgh, Melbourne and Cape Town to the intimate cabaret rooms of London, Prague, Buenos Aires and beyond. Best known to NYC audiences for his late-night appearances at the Slipper Room, this troubadour has a legion of discerning fans who follow him wherever he goes.

Wilfredo’s special guest is Greg Dubin, a.k.a. THE GREAT DUBINI, a stand-up magician who has charmed audiences from the streets of New York City to the stages of Tokyo. He performs regularly at Ripley’s Believe It or Not’s Sideshow Wonders, The Love Show NYC, the off-Broadway hit Sleep No More, as well as his own magic and variety show The Mystique Boutique. 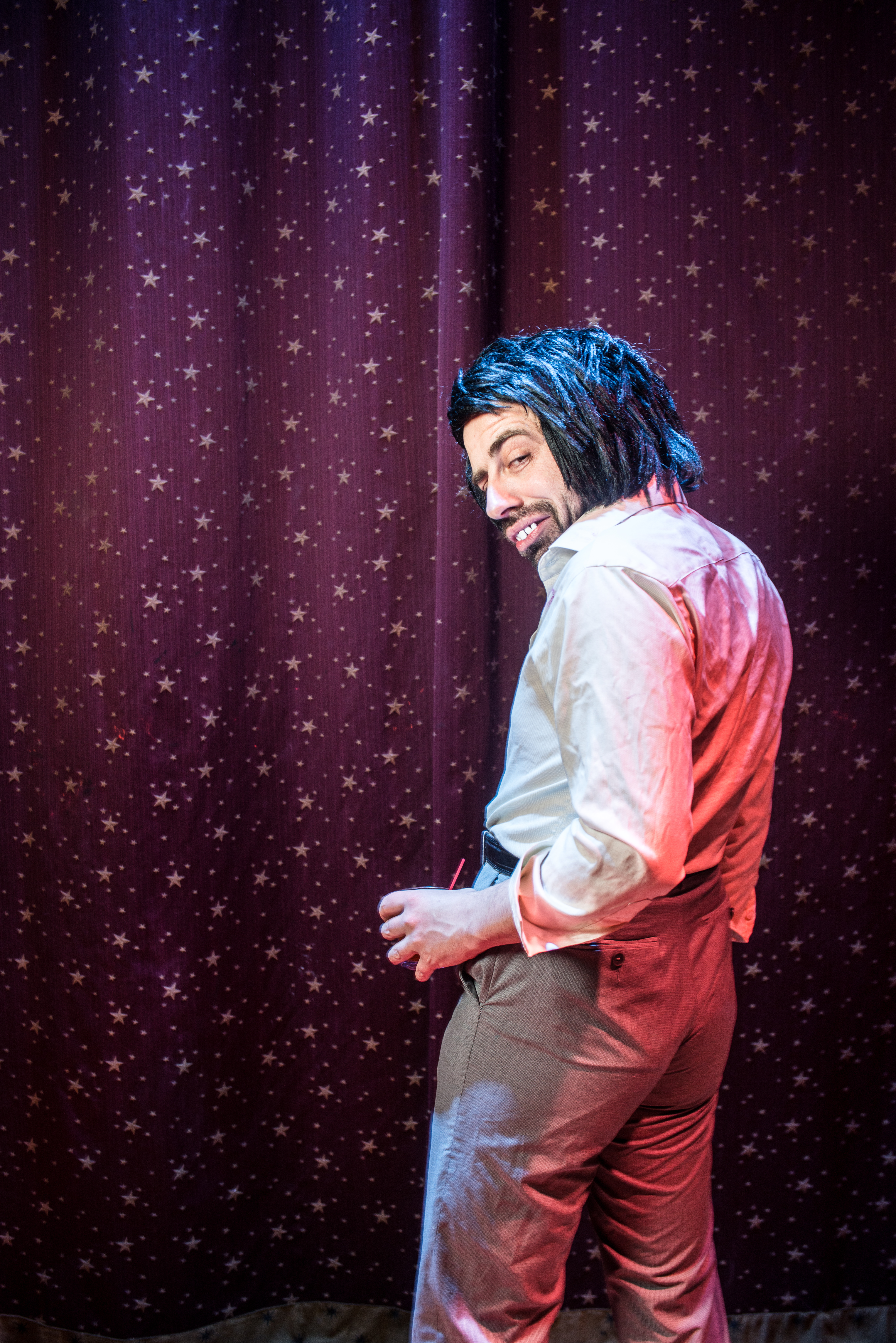