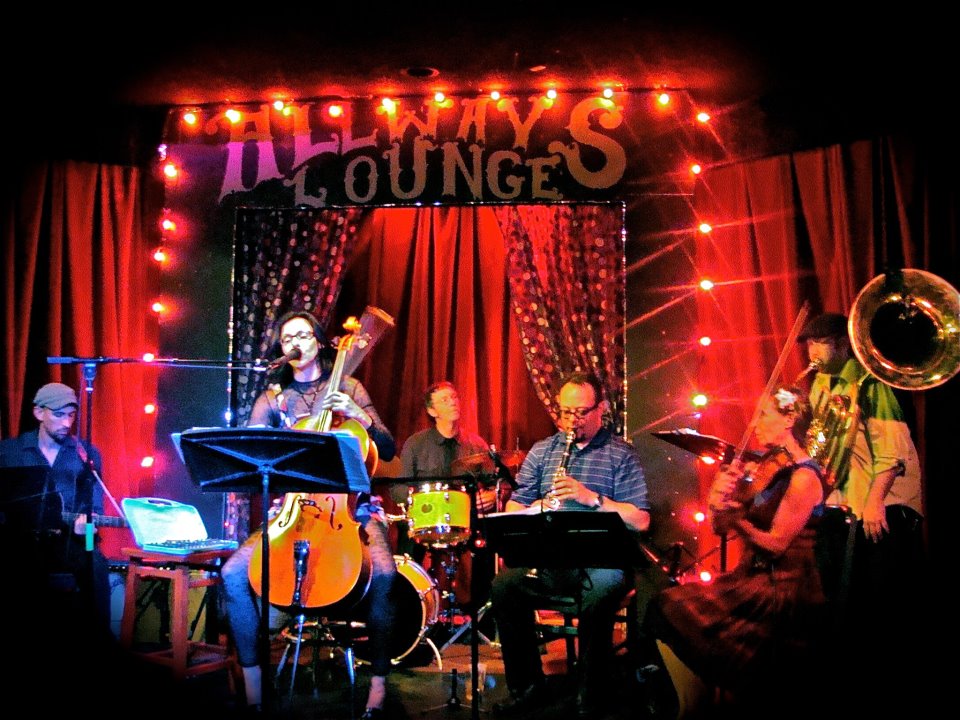 http://www.michaelzerang.com/
Michael Zerang is in many ways the consummate improvisor – deft of technique but more importantly sharp of ear and impeccably wise in his musical decisions. No matter what the context Zerang seems to unfailingly make the perfect choices to push the group to sound its best, always serving the needs of the music first and foremost. With a range that commandingly encompasses everything from near-silent reductive restraint to barnstorming free-jazz torrents with the fiercest exponents of the form to Middle Eastern-rooted rhythmic forays and globe-spanning percussive duos with Hamid Drake, Zerang is never glib or showy, always playing with depth, substance, and a clear sense of purpose. (RC, 2016)

Zerang has played with many Chicago-based jazz musicians, such as Fred Anderson, Edward Wilkerson Jr., Hamid Drake, Ken Vandermark, Jeff Parker, Fred Lonberg-Holm, Kevin Drumm, and Scott Fields; he has also played with international musicians such as Peter Brotzmann, Joe McPhee, Mats Gustafsson, Jaap Blonk, Luc Houtkamp, and Axel Dörner. He has been active as a jazz educator at the Art Institute of Chicago and Northwestern University, in addition to founding and directing the Link’s Hall Performance Series from 1985 to 1989.

The AllWays Lounge & Cabaret
Come on down to the peep show, where the daiquiris are 🥶 and the dancers are 🔥!! The Reverend Mother Flash is steaming up the window today and modeling our new sign! We’re here on St Claude with our old school boardwalk style show every Thursday-Sunday 4pm-8pm!! Social distance and masking enforced, daiquiris served in collectible togo cups, sanitation team on hand cleaning regularly and the dancers are safe behind the glass! #allwayslounge #neworleansburlesque #peepshow #burlesque #boardwalk #stclaude #neworleanshappyhour #daiquiri #vaudeville #strippinginthetimeofcovid #maskupnola #socialdistance #theshowmustgoon #💃🏼

The AllWays Lounge & Cabaret was live.