Directed by: Dennis Monn                                                    Musical Direction: Ainsley Matich   “With a cast and attitude that is largely from the burgeoning downtown arts and music scene, Monn establishes a dark atmosphere that is partly the Victorian London of Jack the Ripper, blended with Bywater bohemian-punk. As the same creative team did with the theater’s The Threepenny Opera in 2010, the resulting production carries a striking resonance. It is not a mere penny dreadful period piece; its commentary on man devouring man remains a sharp indictment of parts of today’s society, as well.” Theodore Mahne nola.com

“Townspeople gobble up Mrs. Lovett’s “meat” pies, eventually morphing into pigs with strapped-on snouts. It isn’t long before these fooled beasts are dripping in ribbons of blood. Monn’s production, rife with striking imagery, reveals the human toll one’s own vengeance can breed and the redemption only love, as played by Joanna and Anthony, can buy.” Jonas Griffin noladefender.com 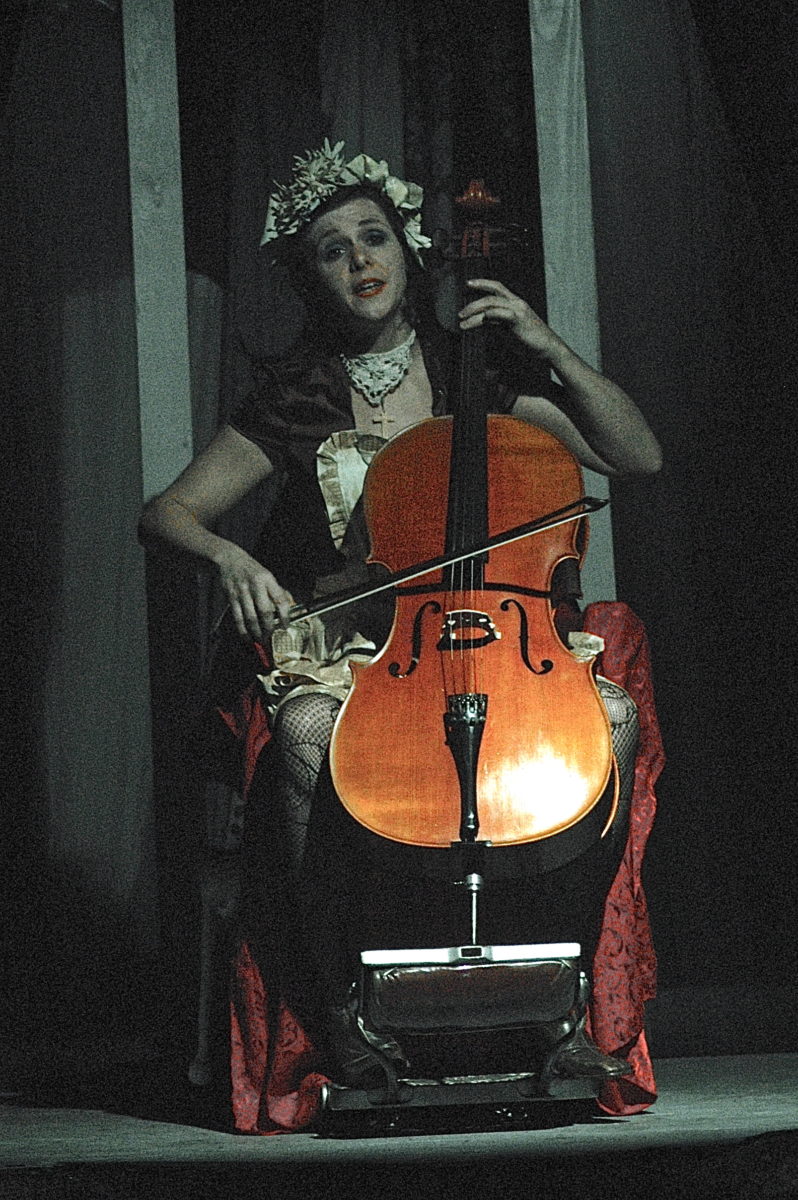 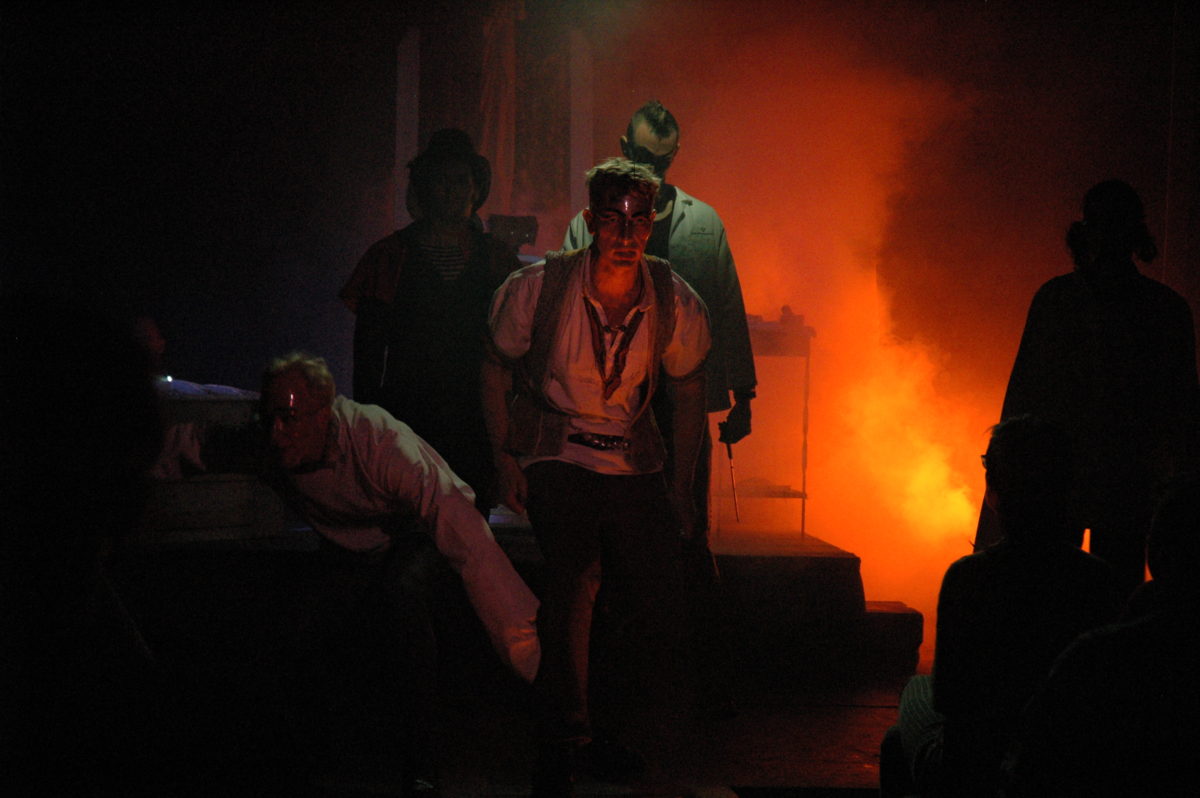 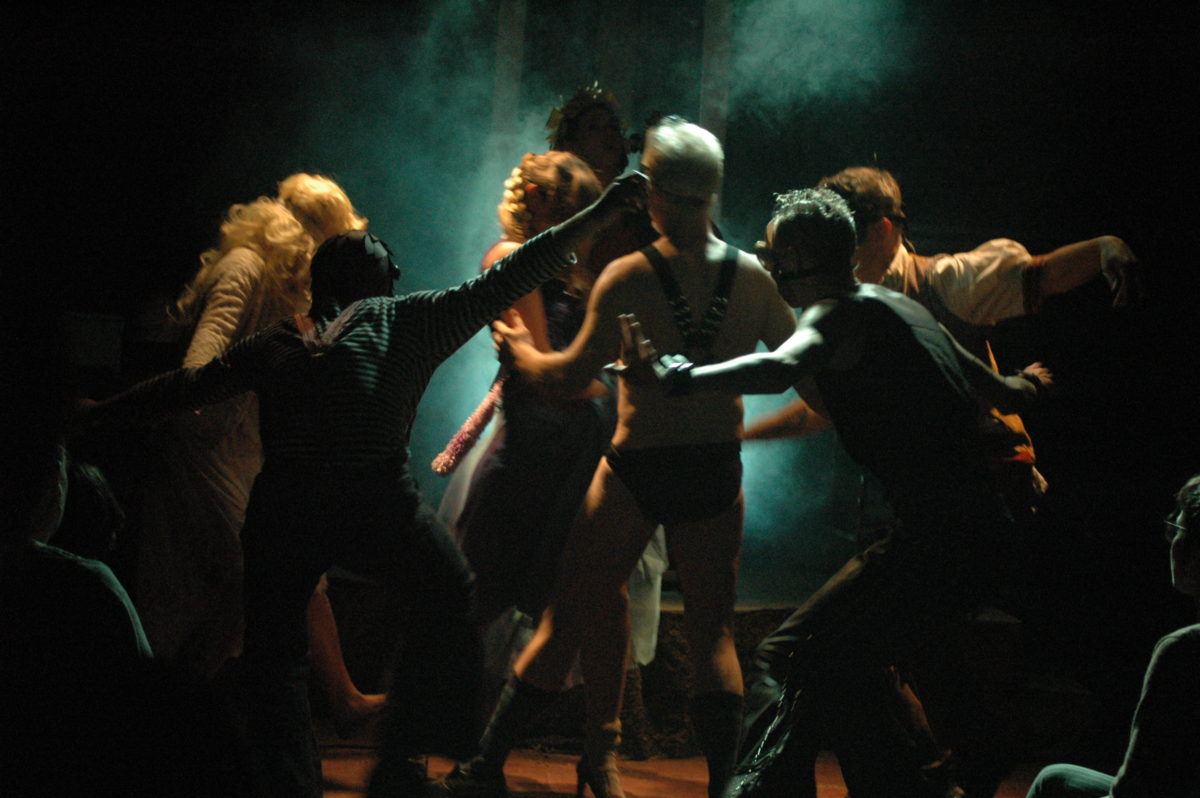