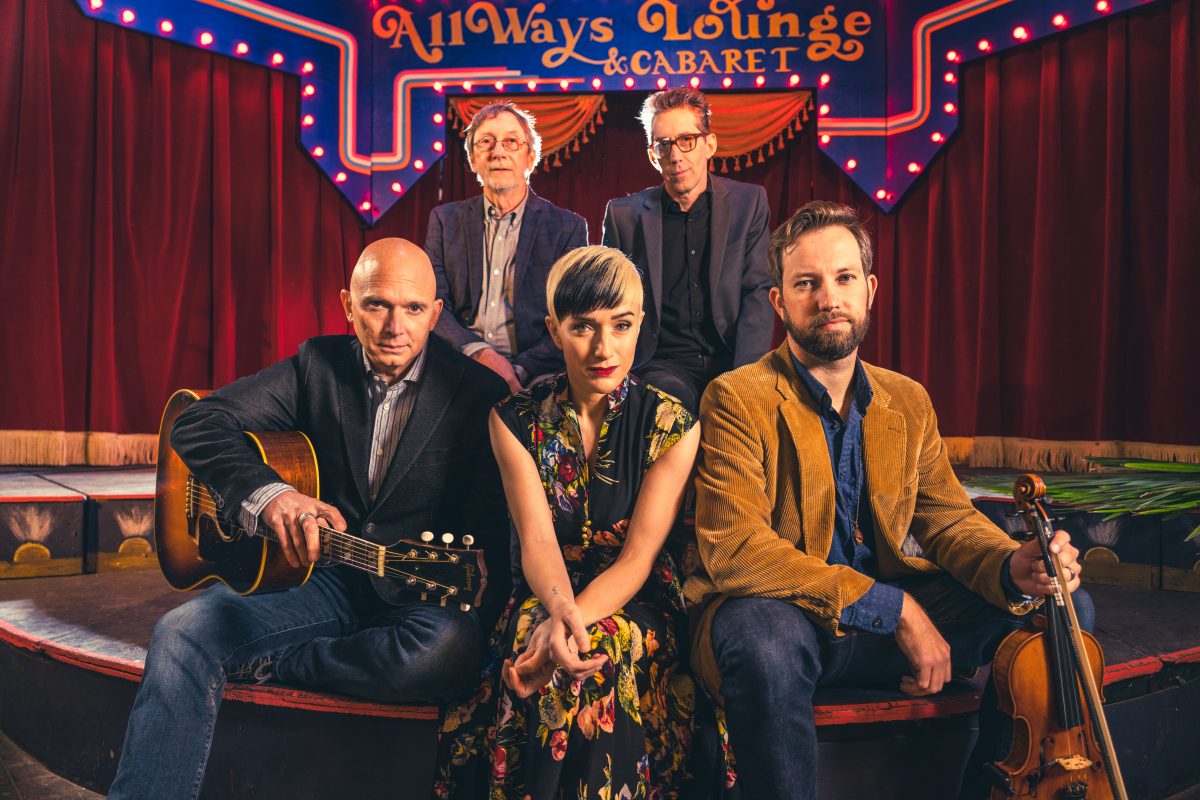 New Orleans outfit Loose Cattle (“favorite Americana cowpunks in New Orleans” according to OffBeat Magazine) was formed in 2011 by two-time Tony Award and Grammy winner Michael Cerveris and Kimberly Kaye, springing from the duo’s shared affection for the musical and emotional rough and tumble of Johnny Cash’s duets with June Carter Cash, crossed with X’s John Doe and Exene and the Mekons’ Jon Langford and Salli Timms. Starting out by playing country covers in friends’ living rooms, Cerveris and Kaye quickly found themselves on stages from Lincoln Center to Jazz Fest & NPR’s Mountain Stage (with Arlo Guthrie, Judy Collins, Ari Hest and Ben Sollee), and their previous album Seasonal Affective Disorder praised by the likes of Rolling Stone Country, No Depression, Los Angeles Times & beyond.

Cerveris served as a sideman for Hüsker Dü’s Bob Mould and shared stages with Pete Townshend, The Breeders, The Pixies’ Frank Black, Teenage Fanclub and beyond. He previously starred in films with Brad Pitt, Julia Roberts, James Gandolfini, and John C. Reilly, Broadway shows from The Who’s Tommy to Sweeney Todd, as well as Hedwig in NYC, LA and London’s West End, and in TV series Mindhunter, The Tick, Gotham, The Good Wife, Fringe, Treme and HBO’s upcoming The Gilded Age. Kimberly Kaye cut her teeth on the road, traveling the Warped Tour circuit as a member of a ska band before shifting her attention to roots music, with a recent detour directing and co-starring in a wildly successful revival of Hedwig and the Angry Inch in New Orleans, garnering a Big Easy Award for her own performance as Yitsak. Loose Cattle’s current lineup also includes René Coman and Doug Garrison (Iguanas and Alex Chilton band) plus Rurik Nunan (The Whisky Gentry and Cracker) on fiddle.

Loose Cattle nods to their punky pasts and country roots while also showcasing their often-poignant punch as an alt-country band. According to Cerveris, “There’s something about having a clear-eyed, borderline cynical eye on the world while dancing a country waltz with a big old heart on your sleeve that is the place where this band lives.”

“a riveting effort from start to conclusion…their new effort, Heavy Lifting, boasts a sound soaked in a gritty rootsy firmament, encompassing all the tenuous trappings that generally add up to a legitimate heartland sound.” – American Songwriter

“my favorite Americana cowpunks in New Orleans…with new originals and fresh reinventions that run the gamut of emotions from poignant to politically acerbic to just plain shit-kicking fun.” – OffBeat Magazine

“Loose Cattle’s got the proverbial bull by the horns with the release of Heavy Lifting, rambunctious kickin’ out of the barn with its eleven rustic and sweltering originals” –KUTX radio, Austin TX

“A listen rugged enough for the alt-country crowd and pretty enough for those with an ear for traditional country ideas, Heavy Lifting is all substance and no filler as Loose Cattle make an indelible impact with their top notch song craft.” – Take Effect

“The album hits a lot of different moods, and it’s a polished collection of tunes that highlight less conventional stories and voices in the world of alt-country and Americana.” -Gambit Weekly

“they reinterpret songs to fit their emotions and the zeitgeist the same way great jazz or country musicians do for standards. They’re artists.” – Since I Left You

The AllWays Lounge & Cabaret updated their status.
When this happens, it's usually because the owner only shared it with a small group of people, changed who can see it or it's been deleted.
2    View on Facebook

The AllWays Lounge & Cabaret updated their status.
When this happens, it's usually because the owner only shared it with a small group of people, changed who can see it or it's been deleted.
1    View on Facebook