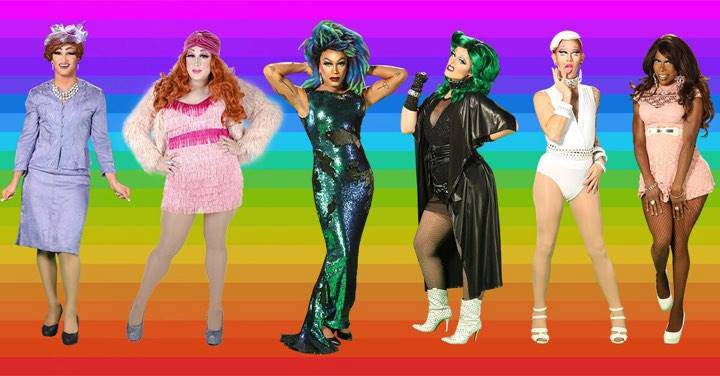 The show of all shows, GAG REFLEX, is back for Season 3!! Three years ago Gag Reflex started out as the only themed drag show in New Orleans. GR was also the first show to bring you a DRAG DUET at every show. This season will be no different, or will it? Augmented with a core cast of some of the fiercest talents in the industry and turning duets in to group-ettes, this is surely going to be just as exciting as it was three years ago.

The AllWays Lounge & Cabaret
This one! Producer of * Van Ella Bordella * weekly in the twilight room… Lola Van Ella will be gracing the ALLWAYS PEEP SHOW today From 5 PM to 9 PM with the bar open afterwards until 1 AM… Rain or shine… Come get a Gushi Or frozen coffee daiquiri handmade and ready to play
#TheAllwaysLounge #AllwaysPeepShow #NewOrleansBurlesque #NewOrleansDrag #TheAllwaysCabaret #CabaretLife #NewOrleansLife #GoGoGirls